Ten years ago being pregnant with my first child should have been a happy day.  However  it has been ten years from today since I watched the towers tumble to the ground and witnessed the United States under attack.  Some days it feels like it was just yesterday while others it feels like a lifetime ago.

Ten years ago I was about 6 weeks pregnant with my first son Walker.  Both of my sons will never know how impressive the towers were and have only heard about the tragic day of 9/11.

As I was buried with work I heard a co-worker say a small plane hit the world trade center.  Like many other employees that day we logged onto CNN to see live coverage of what was going on.  It never occurred to any of us what was unfolding in front of our eyes.

All of a sudden the same co-worked said ,”Oh my god… the other tower has been hit”.  Frankly… it still never occurred to me that we, as a country, we under attack.  Shorty after that the Pentagon was hit.  We were stunned and frozen in time.  We all started to think of friends and family in the targeted areas and the phones were ringing and e-mails were flying through.

At the time I worked for a supervisor that was also in the Army Reserves.  When he went running out of the building that morning we began to realize how serious the situation had become.

Firefighters, Police Officers, all arms of the military and people from around the United States started banning together to stand united.  We were sure at the time who or what our enemies were.

I was six weeks pregnant and I was beginning to wonder what kind of world I was bringing a baby into.  The terrorist desperately tried to break the American people.  They took buildings and lives but they could not break our spirit.  Though we lost many lives in this attack, we as a country survived.

I now look at my 9 year old son and know that he will never know that fateful day but only hear about it through anniversaries and remembrance ceremonies.  I hope my children will appreciate how brave people were on that day.  I remember and will be sure to tell the story of how I witnessed everyday Americans come together for the greater good.

I will never forget and I will make sure my children don’t either.

Here are my thoughts from my 2007 journal entry. 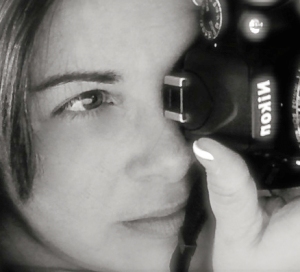