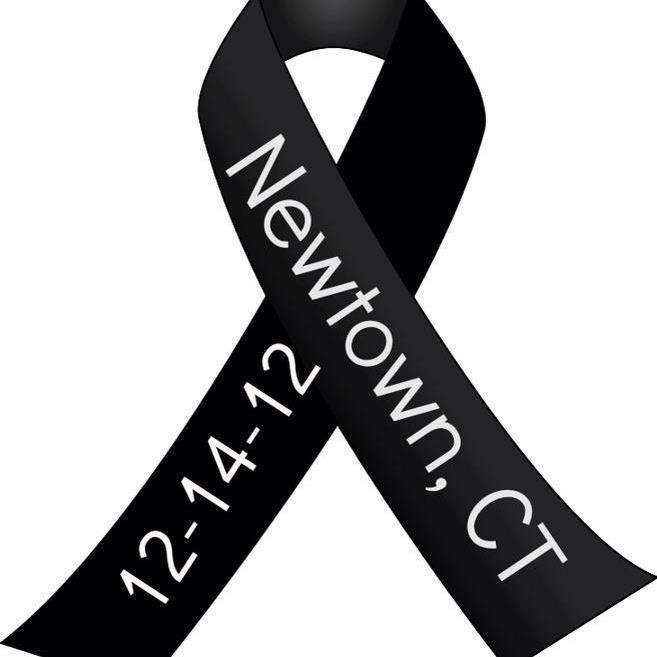 Just a few short weeks ago a coward at the age of 20 broke into the Sandy Hook Elementary School here in Connecticut.  He shot and killed 20 young children and six adults.

As the news slowly made it around to everyone in the community, state and nation people were in disbelief, anger and frankly quite numb.  I had gone out to breakfast with a good friend that morning and received a text that I read later that said there was a shooting at Sandy Hook Elementary School.  At that time no one could possibly imagine the horrific facts that would unfold throughout the day.  We all watched in horror on our televisions as newscasters started speculating on the count of deaths.  The numbers began to rise and people were asking the same question…. why?

My children had a half day that day and always walk home.  I was not alone in wanting to go pick them up immediately to secure their safety and hug them.  I let them walk home but knew I had to get a grip on myself and try and hide the tears.  They would not understand and I didn’t want to explain in detail how horrific a day it had become.  We had teacher conferences that afternoon.  Since everyone was in school we knew the teachers only knew snippets of information.  The next steps were how to address this with our children.  Kids will talk and they are certainly much smarter than we usually give them credit for.  They would know something was wrong and frankly they deserved to know.

There are many images that were being shared that day.  This one of a woman in angony portrays how many of us were feeling that day. 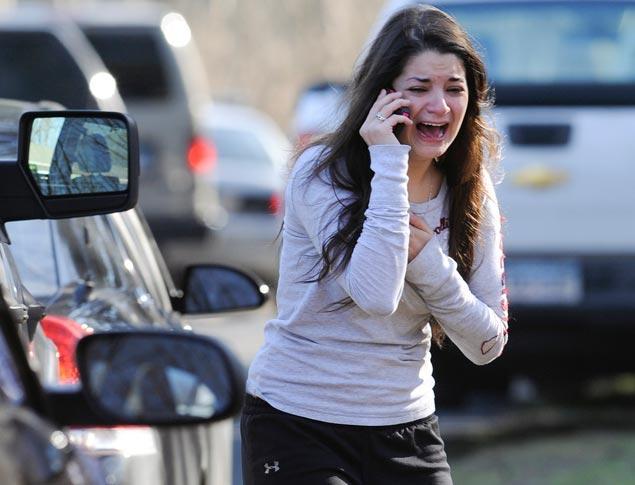 My kids came bounding down the hill of our front yard and into the house.  As I am wiping the tears from my eyes I asked them if they heard of the horrible thing that happened today.  The answered in unison… No why what happened.  I was brief and to the point.  I didn’t embellish but they deserved and to know the facts.  Walker’s response (age 10) was disbelief and Peyton’s reaction (age 7) was utter confusion.  Elementary school, man with a gun and 26 people dead… most of them children.  I was very factual with them and didn’t try to explain it as there was no explanation or reason for this tragedy.

Being that this school was less than an hour away we did not have any direct relation to anyone who was affected but knew many friends and teachers that had some ties to the school.  Seeing the anguish on the faces of the parents who would not be celebrating Christmas with their children that year was crushing to those families and friends.

We were barrages with new information as it unfolded throughout that day and days to follow.  Bottom line he was a disturbed individual and there was nothing anyone could have done to stop him.  There were many hero’s that day.  Some were teachers that locked their doors to hiding children in closets and sending the shooter else where.  Other hero’s were the first responders that told the children to close their eyes as they were escorted out of the building where their principal had been shot in the front office.

Throughout the past several years we have heard many tragedies similar to this.  We hope the families, friends and the community can heal and continue.  Last week the children had their first day back to school since the tragedy.  I had a friend that just happen to have a business trip on that day in town.  He had come to realize the intense traffic was all the parents picking up their children from their first day back.

The news traveled through out TV sets, Facebook pages and cell phones.  We are all continuing to send healing thoughts to all those affected and this is one writer who will never forget that frightful day.  As I write this tears coming to my eyes all over again as they have many times the past several weeks over this tragedy.

Was I afraid to send my children to school the next Monday?  My immediate answer is no and neither were my children.  The teachers at CRS are as devoted as any parent could wish for.  They too would do anything to keep our children safe.  The teachers themselves were already preparing themselves for the worst.  I know many if not all teachers went into this profession because they love teaching and seeing the bright faces look at them when that they finally get it.  I thank them for going above and beyond each and everyday.  I thank them from the bottom of my heart knowing my children are as safe as possible.

We cannot delusion ourselves and shield our children from some of this horrific news.  We need to prepare them for some of the awful things that happen in real life.  Otherwise how are we preparing them?  If we don’t… then we are not.   Preparing them for reality has become a necessity.  We need to give them the tools they use for the rest of their lives.

I have chosen not to speak the shooters name but remember at least one of the children that died that day.  His name is Daniel Barden age 7.  I had chosen him as he was next on the list of children to be remembered.  I suddenly realized he was the same age as my Peyton and tears came to my eyes all over again.  I have said it before I cannot begin to imagine what these families and community are having to go through on a daily if not a hourly basis.  They have the support of people across the state and nation.

To the Sandy Hook Elementary School students, parents, teachers and staff our hearts and prayers go out to you.